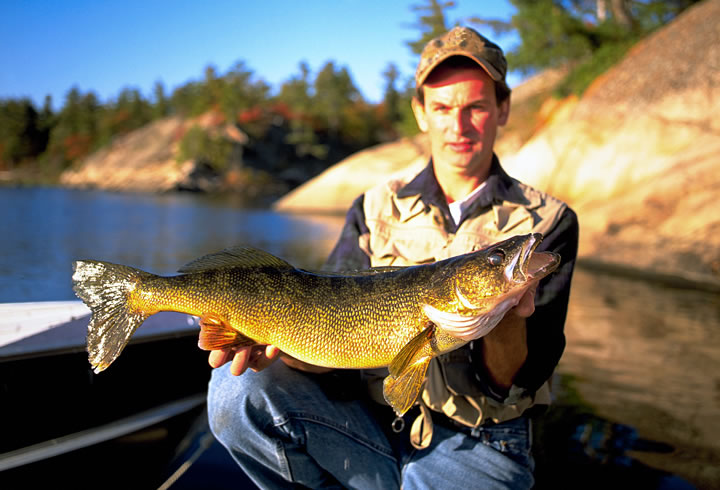 Stable, warm summer weather often makes for fantastic walleye action as the fish pack into predictable spots and put on the feed bag. But then like flicking a switch, the easy pickings come to a halt with the arrival of a cold front that brings cooler temperatures, clear skies and stiff winds. All of a sudden, it's like every walleye in the lake has developed lockjaw.

Cold fronts are notorious for putting a chill on fishing, but they don't have to freeze you out of the action altogether. While many anglers dislike cold fronts, the reality is that they tend to affect fishermen more quickly than they affect fish. Water is a good insulator, especially when fish are holding deeper than about 20 feet, so for the first few hours after a cold front arrives, the best approach is to not change anything at all - continuing to fish with the same patterns and spots should continue to produce. But after a day or so, walleye will feel the weather shift and that's when fishing takes a dive.

Forget the old myths - walleye don't stop feeding just because a cold front has arrived. But they do change locations with the falling barometer, usually by moving into deeper water or burrowing into heavy cover. Happily, there are three things you can do to continue catching walleyes when everyone else goes trolling for excuses.

Walleye living in shallow water respond to cold fronts by burrowing into thick vegetation or other heavy cover. And by thick vegetation, I mean dense enough you're tempted to step out of the boat and take a stroll.

Safe in their hiding spots, walleye will be reluctant to move very far for a meal. So once you muscle your way into that thick vegetation, you need to drop a tempting snack almost right on their snouts. Small, finesse offerings are the key. Two-inch soft plastic grubs on a jig head are just about right, or try a four-inch finesse worm on a light hook. Stick with dull, natural colors like smoke, black or clear - this isn't the place for shocking, fluorescent finishes. Better yet, use live bait - a big juicy leech is really hard to beat.

The trick is to work your way through the jungle, fishing slowly and quietly. Most of the holes you drop your jig into will be devoid of life. But every now and then, someone will be home. So it's a numbers game - drop your jig into enough spots and you can salvage a pretty good day's fishing. 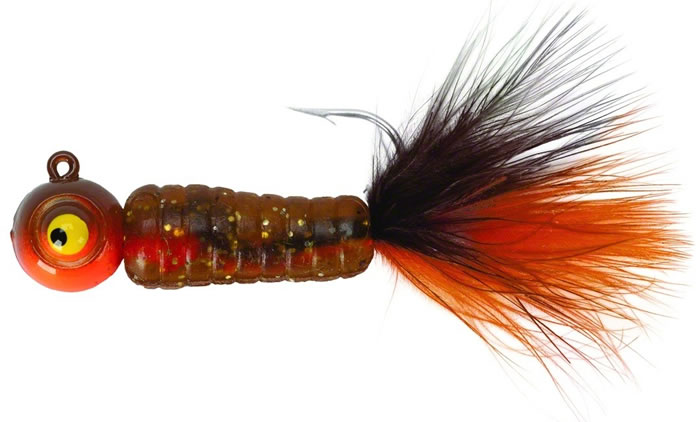 Water depth insulates fish from barometric pressure changes above the surface, so walleye holding in deep water are less affected by shifts in the weather. To catch them, you'll need to take a slow approach with small, subtle lures or live bait. Use your electric motor to slowly work along the windward side of troughs, saddles, points and other sharp depth breaks. Or drift with the wind, dragging jigs, drop-shot setups or live baits on slip-sinker rigs. 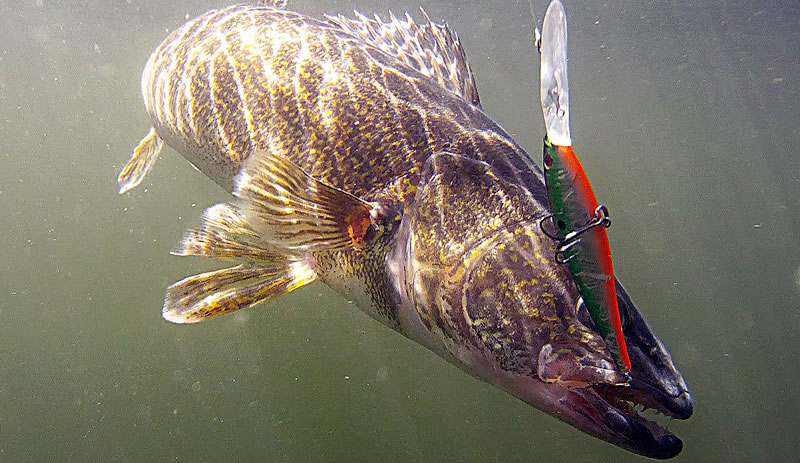 Like depth, moving water also seems to insulate fish from weather changes. After a cold front blows through, the best fishing is often found on rivers flowing into or out of a lake, rather than on the lake itself.

The faster the current, the less weather affects fish behavior. Walleye in a slow-moving river may still retreat deep into shoreline cover like fallen trees, while those in fast rapids below a waterfall might remain active enough to still chase down fast-moving spinners or rattlebaits.

When the weather turns cold and miserable, moving water is your friend. Fast-moving rivers, dam outflows, even a narrows with considerable wind blowing through it will give you a shot at catching walleye that no one else seems able to catch.