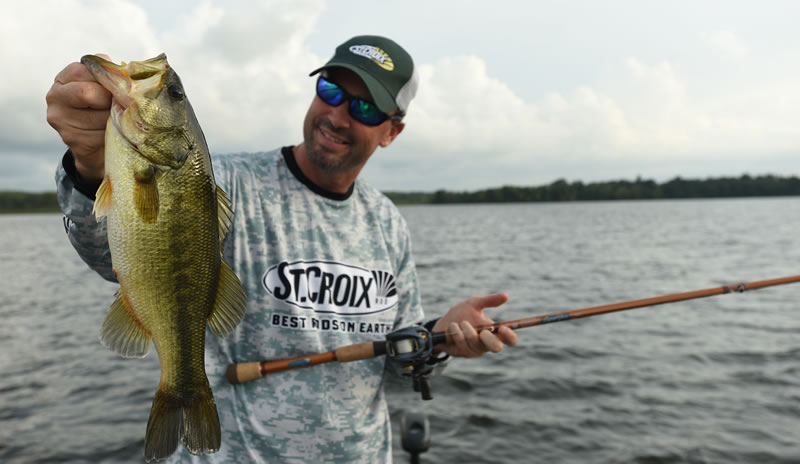 A trifecta of tips from a Bassmaster Elite Pro

The bass pre-spawn period is a time of anticipation and transition. Largemouth and spotted bass slide out of their deeper,n thermally-stable wintering holes and begin a systematic movement toward the warming shallows, where they will binge feed in preparation for the rigors of spawning. Along the way, tempestuous spring weather can cause bass to hit the pause button, or even find their reverse gear, delaying their progress or even causing bass to restart from scratch. Yes, we know where the bass will begin this springtime transition period, and we also know where it will end, but that in-between region, in which bass are hyper-sensitive and on the move – that’s what separates the contenders from the pretenders.

Bassmaster Elite touring pro Stephen Browning is no stranger to success in early season tournaments. The ten-time qualifier for the Bassmaster Classic has racked up an impressive number of wins by targeting cold water, pre-spawn bass, including a recent victory at the 2018 Bass Pro Shops Bassmaster Central Open on Ross Barnett Reservoir. With career earnings in excess of $1.3 million, Browning knows a thing or two about targeting big bass when big bucks are on the line.

I was lucky enough to be able to pick his brain about his favorite early season bass pattern, which is as simple as 1-2-3.

Browning begins his search for pre-spawn bass by getting off the main lake and heading into tributaries and creek arms. “I am looking for the first channel swing bank as the creek channel runs from the main lake toward the back of the bay,” remarked Browning.

Channel swing banks are, quite simply, areas where a submerged creek channel changes direction as it runs close to the bank. The steep, hard-bottomed outer edge of the creek channel is one location that focuses pre-spawn bass activity. Any given bay or creek arm might feature several of these key structural features, and Browning works them from the mouth of the bay to the back end.

Browning notes, “the HFC Craw is a compact, two-inch long bait that is just the right size for bass in cold water. It has a nice steep dive curve, digging down six to eight feet on the retrieve, knocking into cover and the bottom along the channel edges. I use the HFC Craw as my primary search tool to parallel the bank. Red is one of my confidence colors for the HFC Craw, as are the more subtle, yet extremely lifelike Phantom Green and Root Beer patterns.”

Step 2: Jerk the inside edge

Not all bass will relate to the steep, outer edge of the creek channel as it bends close to shore. Indeed, many fish will frequently transition out of the channel along its more gradual, inside edge. To target these pre-spawners, Browning selects a long, slender LIVETARGET Yearling BaitBall Jerkbait 110, which features an in-line grouping of baby baitfish, effectively simulating a small group of bait that has been separated from the school. Its unique three-dimensional design creates a multitude of flash points and delivers a shimmering presentation that attracts the attention of any nearby bass.

Browning adds, “my approach with the Yearling BaitBall Jerkbait is somewhat different than the presentation I use with the HFC Craw. Rather than paralleling the bank, I make long casts at a 45-degree angle to the bank, working the bait back with a regular cadence including some long pauses. The Yearling BaitBall Jerkbait suspends perfectly on the pause, which drives neutral fish crazy. In these situations, I’m typically throwing the silver/black or gold/black color patterns.” 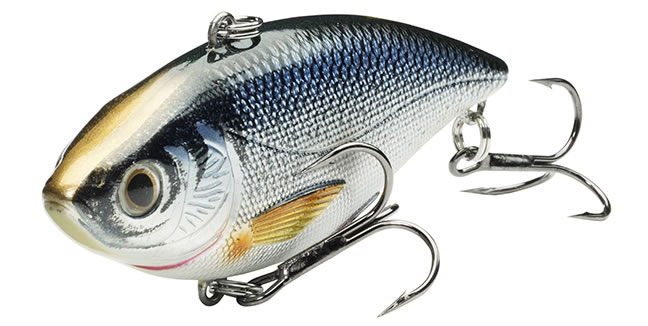 Step 3: Bump the stumps in the back

Browning continues to run these type of channel swing banks all the way toward the back end of the creek arm, until the submerged channel becomes less well defined and flattens out. At that point, it’s time to cover water and fan cast the flat with an attention-getting lipless rattlebait.

In the back ends of the bays, Browning selects the ½ oz LIVETARGET Golden Shiner Rattlebait, a sinking, lipless bait sporting a loud internal rattle and an aggressive, vibrating action. Browning notes that, “as I patrol the flat, I pay particular attention to the presence of submerged wood. I’ll make repeated casts into those areas, being sure to bump the stumps several times with either pearl/olive or silver/black Golden Shiner Rattlebaits.”

When pitching rattlebaits, Browning again turns to St. Croix Legend Glass, but now selects a longer, 7’2” rod with medium power and moderate action. This is a hyper-versatile fiberglass rod that performs flawlessly with lipless and standard lip crankbaits that dive as deep as 16 feet. To minimize lost baits and fish when fishing around heavy cover, Browning spools his Lew’s BB1 Pro 6.4:1 casting reels with heavier 12-14 lb test fluorocarbon line.

Bassmaster Elite Series pro Stephen Browning’s pre-spawn bass playbook is as simple as 1-2-3. Use his early season tips to crank, jerk, and bump your way to springtime bass success!

Jason Halfen
Dr. Jason Halfen is a long-time guide, tournament angler, and specialist in marine electronics. He owns and operates The Technological Angler, dedicated to teaching anglers to leverage hi-tech tools to find and catch more fish. Learn more by visiting www.technologicalangler.com.
TRENDING DISCUSSIONS
Advertise here
Advertise here
Please take a moment to visit our sponsors. Without them we would not be here.