Thoughts on Big Baits for Largemouth

By Jerry Carlson - June 23, 2017
I have often had conversations with anglers about their favorite go-to bass lures. This is always an interesting topic as it seems every angler has their own personal favorites. However, most anglers will agree that big baits not only catch big bass, they are also appealing to smaller fish, as well.

Over the years, I have heard anglers talk about the crazy things they have found in the stomachs of bass. This ranges from ducklings to snapping turtles to large sunfish. This should tell us something about the capabilities of what they can and do eat with their very large mouth. 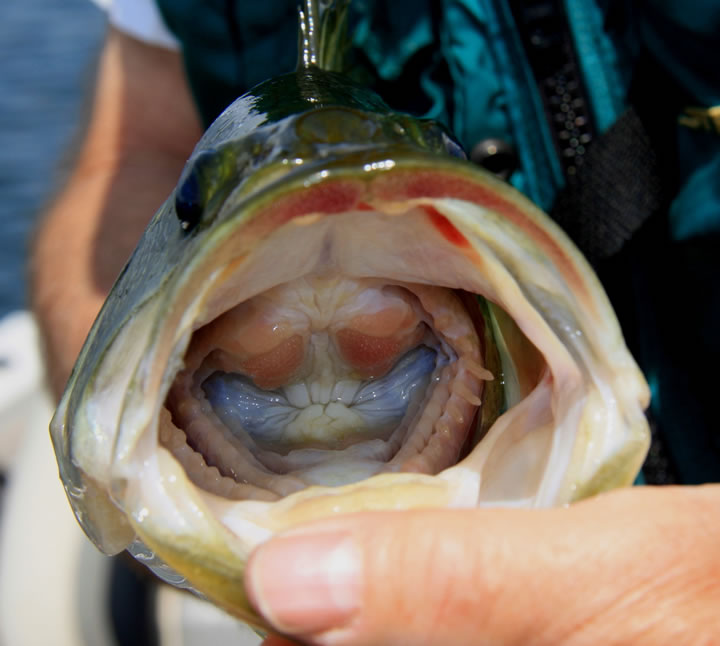 Even small to medium bass have mouths that are capable of inhaling large baits.
One of my favorite bass presentations is the five inch wacky worm. This simple contraption seems to attract bass of all sizes, yet is a pretty good mouthful when you think about it.

I am continually amazed at the size of the fish that will attack this large piece of plastic. It is not uncommon at all to find the faint tick on your line was delivered by a hungry ten inch fish. When I skip this critter back to the boat, I often find the wacky worm totally engulfed in the throat of the fish.

I have also found that smaller fish seem to have no problem inhaling a large skirted jig with a trailer. These large profile baits clearly have "big fish" written all over them. However, it isn't always the case.

There is a point I am trying to make in all of this. Many anglers look at the size and profile of some of the bass lures and think they are too big or are only for trophy bass fishing. I don't think this is always the case.

Although there is little doubt that big baits will attract big fish better than small baits, I am also certain that big baits attract plenty of smaller largemouth. One doesn't have to feel that by tying on a larger lure they are going to totally eliminate the option for enjoying the tug of smaller to mid-size fish. (Experimentation will quickly tell anglers when a lure is too big.) 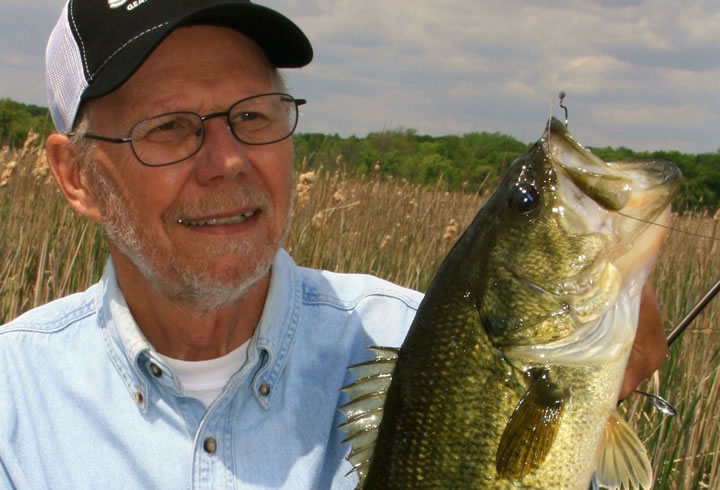 Many anglers feel large profile lures will cut down on the numbers game. That isn't always the case.
Don't get me wrong, smaller baits will still catch a wide variety of bass. I have caught some enormous fish on crappie jigs in the spring of the year. I have also had incredible largemouth success with a jig and a six inch plastic worm. Bass of all sizes are willing to chase this presentation.

However, if anglers want to target numbers of fish but still lean towards the big ones, switching to larger profile baits is probably the way to go. The size may seem intimidating at first, but after working larger baits, one soon learns that catching large quantities of bass can still be achieved. After all, these fish are not called bucket mouths for nothing.

Whether it is stick baits, skirted jigs, surface lures or plastics, bass can and do eat almost anything that comes close to fitting in their mouth. That includes larger profile baits.